The techniques used by an acupuncturist today can be traced back to a history over 5000 years old. While such things as the tools used, the techniques performed, and the advanced technologies applied have changed, the principle ideas behind the treatments used by acupuncturist have a long history. Though commonly believed to have been practiced only in China, acupuncture type practices have been used by many different cultures in many different areas of the world. In a medical treatises called the Papyrus Ebera, the Egyptians talked about vessels that resemble the 12 meridians of acupuncture. Tribesmen of the South African Bantu were known to scratch parts of their bodies to cure disease, while Arabs were known to cauterize their ears with hot metal probes. As well, Eskimos were known to use sharp stones to perform simple acupuncture, while Brazilian cannibals were known to shoot tiny arrows, using blow pipes, into diseased parts of the body to cure disease. These primitive methods and tools used by the early acupuncturist, such as sharp stones and bamboo, were later replaced by fish bones, bamboo clips, and later various sharp metal needles. Written about 200 B.C., the first published text on acupuncture is known as the Nei Ching Su Wen. This book has two parts: the Su Wen, or simple questions, and the Ling Shu, or difficult questions. The Nei Ching Su Wen includes a discussion which lays down the philosophical basis of traditional Chinese medicine, making it more of a treatise on health and disease rather than a textbook of medicine. Because Chinese medicine is based on a much wider world view, the Nei Ching Su Wen and the ideas included are woven into a complete and intact system based on a different philosophy than that of modern Western medicine. Such concept of Ying and Yang, and the number five, are two of the most important ideas that permeate much of traditional Chinese scientific thought. Although the Nei Ching Su Wen is dated before Christ, it is timeless, and deals almost exclusively with philosophical concepts, many of which are as important now as they were when the book was written.The acupuncturist profession and the methods used flourished in China until 1932, when Chang Khi Chek took power, banned acupuncture in the cities and brought western medicine to China. This ban lasted until 1945, when Mao Tse Tung took over and closed the door to the west and restored acupuncture as the method of healing in a country devoid of antibiotics and western medical practices. It wasn’t until 1972, when a New York Times journalist had to have an emergency surgery where acupuncture was used as the anesthetic, which drew big headlines in the United States and the rest of the world.

Today, China and Taiwan play the leading roles in developing traditional Chinese medicine with some 232,000 traditional Chinese medical doctors and 50 institutes producing new doctors annually. In America, the acupuncturist profession claims more that 8000 practitioners, 16 schools, and 2 medical school teaching the techniques. In the United States more and more practitioners are developing knowledge and new skills which incorporate all the different techniques from the worlds various countries and practices, into what is becoming known as American acupuncture. The practice has become so widely accepted that in 1996, needles were removed from the "investigative" category to the "accepted medical instruments" category.The acupuncturists at Bay Area Oriental Family Practice, are Dr. Yali Fan and Dr. Jennifer Nahon whom combined, have over 40 years of Chinese medicine experience. Come in today for a free initial consultation to see if acupuncture treatment is right for you.

We are in-network providers with VA hospital to assist our nation’s veterans with alternative care in the Tampa Bay community.

We are in-network providers with Cigna and United and submit off for insurance for you. Please give us a call to see if your insurance plan covers acupuncture. We also accept take Flex Spending accounts. 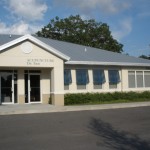 Welcome To Our Clinic

Talk to our practitioner, Dr. Yali Fan, for a phone consultation!

Cupping is an ancient technique for many ailments but can be used successfully to help with muscle and pain problems. See how we do cupping massage in our clinic.

Reduce Acid – Reduce Your Risk of Cancer and Other Health Problems Body acidity is the cause or source of the many diseases and health problems.  The normal blood of… 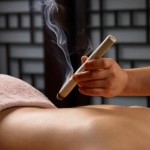 Learn how we do moxibustion in our clinic. 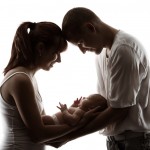 See how we may help to bring your dreams of having a baby come true!